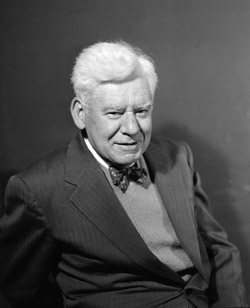 By far the most famous Fellow of Architecture at the American School was William Bell Dinsmoor (1886-1973). He was a fellow for three years, 1908-1912, but then became the first official architect of the American School. The son of an architect, Dinsmoor received his BS in Architecture from Harvard University in 1906. He became professor of architecture at Columbia University in 1935 and presided over the discipline of ancient architectural history for most of the 20th century. His Architecture of Ancient Greece (first ed. 1927), remains the foundational textbook on the field. His professional architectural practice was limited to a few years in New York (1906-1908) and the design of the concrete Parthenon in Nashville (1925-1931).

Since Dinsmoor has been well studied, I will not summarize his accomplishment but will defer to Natalia Vogeikoff-Brogan's catalog of  the Dinsmoor Papers, which provides the best starting point for further readings (and source of photo left).

For more Corinth Architects, see here
Posted by KOSTIS KOURELIS at 11:29 AM