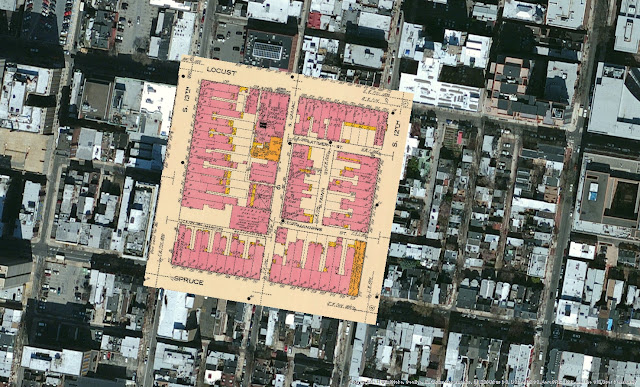 The first major project that my Migration Architecture students have to complete is a spatial analysis of sixteen blocks in Philadelphia. Located in the southeast quadrant of William Penn’s city, this is both the colonial core of the city but also the epicenter of the African-American, Russian-Jewish, Greek and artist enclaves. Our goal is to create new digital data. We will digitize all the 1916 buildings (based on the Sanborn Fire Insurance Map) and connect those buildings with their occupants (as listed in the 1920 US census). The students will also analyze the buildings that still survive and create a neighborhood narrative. 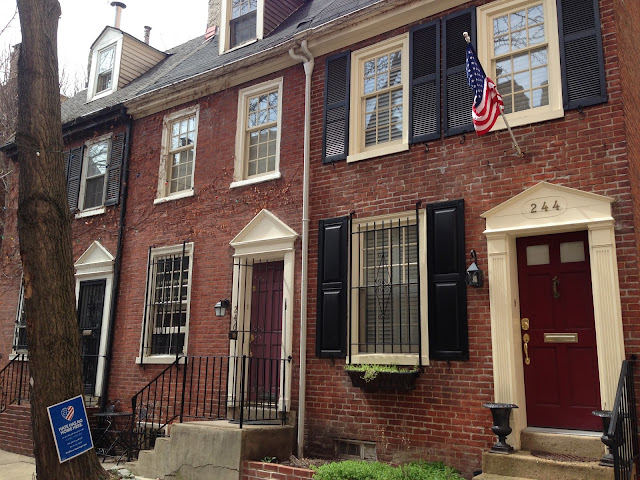 Learning ArcGIS is a central component of the class but it is not the subject of my lectures. I have created a sequence of exercises that the students can perform on their own with the help of Lynda.com tutorials. Their first challenge was to understand the complicated file structures of ArcGIS. This is the first stumbling block. The second challenge was to perform a georeferencing operation. Although pretty straightforward as operations, they were extremely difficult for the students. The problem was not the directions from the tutorials or the commands within the software but the inability to right-click on things, or manage files in ways that digital natives have learned to do. In other words, the problem was ArcGIS complicated file structure.


Although everyone carried out the georeferencing tutorial, only about half of the class managed to successfully georeferenced a Sanborn map. And from that half, no one followed my instructions of keeping all their operations within a distinct file. The problem with sequenced digital assignments is that you cannot stop and make the students repeat the exercise when they have collectively failed for three reasons. One, the students get frustrated. They have already performed that operation and feel that their time investment alone was worth it. Having the students repeat the operation is, therefore, demoralizing. Two, the assignment must continue into the second phase of data manipulation, so that the project can be completed at the planned time. Three, the project is collective so the data produced by each student will ultimately be used by all students. The early mistakes of one student affect the final study. Quality control must be maintained sequentially and cannot be enforced punitively by a bad individual grade. 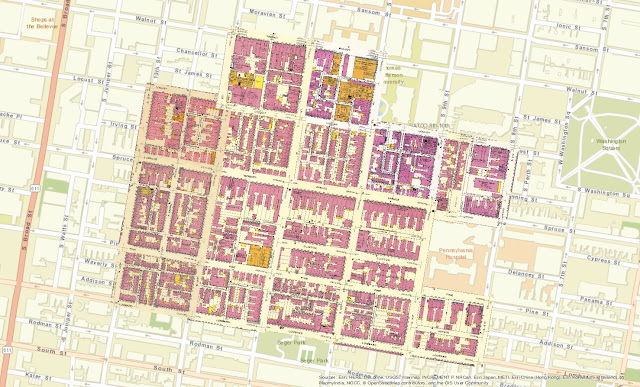 I resolved the discrepancy in quality of georeferencing among the 16 students by fixing their mistakes myself. This way, for their next assignment (digitizing) they can be on a common ground and we will not have any compounded error. The advantage of handing them a georeferenced Arc Map is that I can assure that they will not complicate the various settings.

Managing software learning in the classroom is tricky. I did not want to turn the classroom into a class on software. In class we cover theories, methods, and history. The software learning happens over the weekend as the main homework assignment. My students were practically up in arms when they realized that the only place they can do their assignment is at a particular GIS lab in the library that is used by other students and classes. They hated the idea that they could not simply download the software on their computers and do their homework at their dorms.