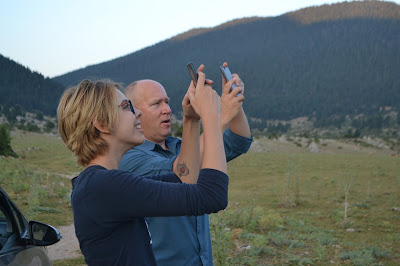 Working on vernacular architecture, I've engaged in various loose forms of ethnography. Truth be told, I have become an architectural historian and archaeologist because I prefer working with the stillness and remoteness of mute rocks than the complexities of inner subjectivities that come with people. For years now, I have conducted interviews that fit the category of "salvage ethnography," whose objective is to collect information that is threatened to disappear. I capture audio from informers who are typically the last ones to possess factual and semi-factual knowledge about historical events, experiences, occurrences, and craft practices. Having worked with social worker and historian Bret Weber in the man camps of North Dakota, I know that my ethnography is sloppy. Yet, I continue recording conversations and place my energy in transcribing (rather than theorizing about them). Another laborious part of this process is translating, since many of the interviews are in Greek or at least bilingual.

I have started to take my ethnography a little more serious as I read more and more anthropological fieldwork on migrant camps, and am study the classic Writing Ethnographic Fieldnotes (2nd ed., 2011). With methodological issues in the back of my mind, I also embark on an exciting new blog-ethnography.

I use my blog to publish short and preliminary thoughts on fieldwork. The instant and public availability of those posts generate new online conversations with people that encounter me first as a blogger. Consider my post on the Lidoriki Pillbox two weeks ago. This and other posts on the archaeology of Lidoriki have made me a frequent click on folks Googling Lidoriki history. Along with Facebook's social network, the word gets out to people that have information they want to share with me. After contacting each other by email, I interview those informers by phone or Skype.

Just this last week, I have come into contact with two wonderful individuals of the Lidoriki diaspora. One lives in Chicago, the other lives in Denmark. Over two short preliminary conversations, I have collected raw material that would not be available to me in the site of Lidoriki. For instance, I learned that the pillbox was not built during World War II but during the Civil War. "There were dozens of these bunkers in the village that were torn down. This one was in private property. It was in someone's field and continued to be used for chickens and goats after the war for 30-40 years. The others were in public space and were torn down. People took the material and reused it." Now this information about a village in Greece, was collected by me on a telephone in Philadelphia, from someone on a cellphone while riding a bus in Copenhagen.

Social immersion and access to "thick descriptions" is the ethnographer's goal. This cannot be the case with the archaeologist, who must spend his limited resources in silence documenting buildings, walls, objects, landscapes. Globalization has thrown a wrench into the ideals of anthropological fieldwork. The difficulty of the anthropologist's immersion into social groups who are themselves in motion is most evident in refugee fieldwork, see Gregory Feldman "nonlocal ethnography," in Migration Apparatus (Stanford, 2012, pp. 180-198). Equally interesting is Dan Miller's new project on the anthropology of Global Social Media.

I am still torn between the tensions of material versus oral culture. The tension is becoming more vivid as I delve deeper into the archaeology of diaspora and the archaeology of refugee camps. I am envious of more theoretically-minded archaeologists, who have done a more complete turn towards ethnography. But they have sacrificed material documentation. Surveying publications over the archaeology of the contemporary world, one is struck by the great volume of theorizing and experiential describing versus a shortage of data. Although I must sharpen my ethnographic skills, I can make greater contributions in mapping or spatial documentation. I guess, my ethnography is subservient to my spatial documentation. And it's important to understand that shortcoming. Yet the question remains. What will I do with all these hours of interviews and transcriptions?