The first third of my History of World Architecture focused on antiquity (prehistoric to late Roman). During the second third of the class, we turn our attention to the architecture of the major global religions from monotheism (Judaism, Christianity, Islam) to the religions of India (Buddhism, Hinduism, Janism), the philosophical traditions of China (Confucianism, Daoism) and Japan (Shinto, Zen). My students are now studying for their second exam and I have prepared the following graphic lists to organize their studying. The last third of the class will be devoted to the western Middle Ages (Carolingian, Romanesque, Gothic). Stay tuned. 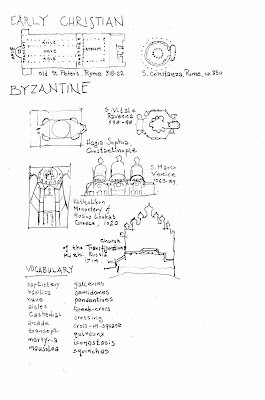 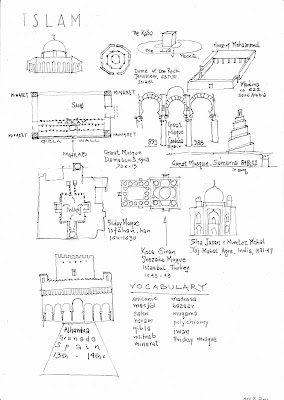 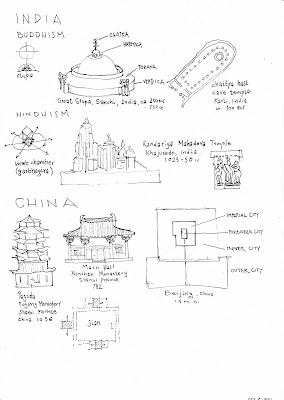 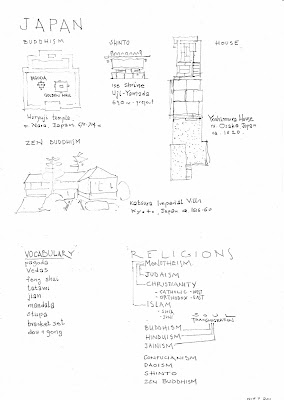 Posted by KOSTIS KOURELIS at 11:57 AM

You're going to make a poster out of this, right?