Archaeologies and Travelers in Ottoman Lands 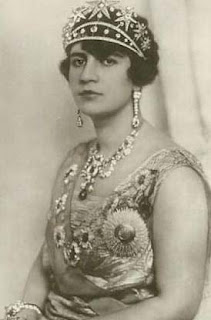 I just finished attending one of the most fascinating conferences, "Recovering the Past: Archaeologies and Travelers in Ottoman Lands." Organized by Renata Holod and Robert Ousterhout at the University of Pennsylvania, "Recovering the Past" is an 18-month long initiative, involving the conference, graduate seminars and exhibitions. Each of the 18 papers in the conference (and Holod's final comments against Orieantalism and Occidentalism) revealed a whole new discourse of scholarship. Each of the scholars came from a wide array of disciplines, history, art history, archaeology, architectural history, Near-Eastern languages, etc. Their very gathering in one space is a testament to Holod's and Ousterhout's interdisciplinary breadth and vision. I'm sure I'll address many of the papers on this blog in the next few weeks, but I would like to start with one of my favorite papers.

Holly Edwards', "Exiles, Diplomats and Darlings: Afghans Abroad in the Early 20th Century," looked closely at the Afghan royal couple Amanullah and Soraya (top) in their journey through Turkey and England in 1927. Edwards investigated the day-by-day coverage of this diplomatic visit showing the various guises that the royal couple took and how those guises were received and represented in both the Turkish and British presses. The case-study stressed the multiplicity of Easts (at least two) and reminded me of Artemis Leontis' essay, "An American in Paris, a Parsi in Athens," in Singular Antiquity: Archaeology and the Hellenic Identity in the Twentieth Century (Athens, 2008). Here Leontis focused explicitly on the transnational female subject and investigated the complex veiling/unveiling of the Indian Khorshed Naoroji, who met the American Eva Palmer Sikelianos in 1924 and traveled with her through Greece. Both projects illustrate the limits of binary categories (East/West) the moment we contemplate a globalized setting. In an ideal cyberworld, I would love to put Leontis and Edwards in the same room and listen-in to their conversation.

The problematic of dress, posing, modeling, role-playing and cross-dressing became a central theme in the consideration of Osman Hamdi Bey, the Turkish Orientalist painter and archaeologist that was the subject of the conference's session. Panelists Edhem Eldem, Emine Fetvaci and Gulru Cakmak addressed the binary straitjacket of Hamdi Bey's career. Although he cultivated himself as a cosmopolitan French artist (and dressed accordingly), his French audience forced him to pose as an Oriental. What I missed in all the discussions of Hamdi Bey's cross-dressing is a comparison of European cross-dressing. Consider, for example, the Orientalist outfits that people like Louis Charles Tiffany embraced in their eastern journeys. Images of Laurence of Arabia, etc. come to mind. Yet this male cross-dressing is a much easier appropriation to deal with: it's safely theatrical and permissibly carnivalesque. The multiple cross-dressings of the female body, however, is much more challenging. Soraya, Khorshed Naoroji and Eva Palmer Sikelianos are helping us break the East/West binary much more easily than their male counterparts.

Posted by KOSTIS KOURELIS at 2:34 PM

The issue of occidental/oriental cross-dressing also emerged in the court of Otto/Othon, the Bavarian first king of the modern Greek state. Both Otto and his queen, Amelia, had themselves repeatedly photographed wearing gentrified versions of what they took to be Greek national dress (actually a mixture of Roumeliote and Souliote elements), as did many court notables, including some Phanariotes and Europeanised Greeks who were by that time several generations removed from a foustanella or anything of the sort. That this approach survived a change of dynasty and persisted well into the following reign can be seen from an 1895 photograph of Queen Olga surrounded by her ladies-in-waiting, all dressed in idealised versions of Greek peasant finery (in a nod to more remote antiquity, the cloak or train of the lady on the far right is bordered with a meander pattern). See page 258 of Athina 1839-1900, Fotografikes martyries, Benaki Museum, Athens 2004.

Absolutely fascinating conference - I would have loved to have gone! Thank you so much for sharing your experiences there.