You have in your hands a paperback reprint of a book published in 1880. The book is light with a brown cover, it fits comfortably in your backpack, and at a price of $14.95 has not broken your wallet. The book's fonts and layout seems clearly antiquated, but the physical artifact does not. Although seemingly old, the book in your hands was published by Dover Books, a company founded in 1947 with the explicit purpose of making classic works from the 18th and 19th century available to American readers at a cheap price. Why did the publishers not change the format of the text to make it look more modern? After all, many 19th century books have been reprinted and they don't look weirdly old. Dover, instead, publishes a photographic facsimile of the  original editions in order to replicate the authentic experience that the original reader would have had. Since 1989, when this Dover facsimile was printed, new digital formats of old books have been made available. Google, for instance, has sought to scan every book in every library in the world. When copyright laws allow, they make that book available. If you go into Google Books right now, for instance, you'll find various PDF versions of the first edition available for free. The Kindle has free versions, as well. But in our seminar we want to replicate the intentional readership of this book, which would have been through a bound book.

The Dover book in your hand should trigger a couple of thoughts before you even set no reading it. First, you know it is a classic work tested through time. Second, you know that this classic ceased being published by a major house. And third, that someone in 1989 (when your Dover edition was first published) thought there existed a need to reprint the book. We will return on some of these issues of how a classic book that everyone read at a certain point in history becomes so undesirable that nobody buys it anymore. Its original publisher withdraws it from their catalog, but someone in the late 20th century reprints for a niche market of students and antiquarians.

Reading John Ruskin's Preface from February 25, 1880, we also realize that this is not the first but the second edition of the work. The first edition was published in 1848. The author tells us as a bit about the differences: he used a cheaper method of reproducing engravings, he removed some "pieces of rabid and utterly false Protestantism," and he added a few footnotes. The second edition was printed at the height of Ruskin's popularity at a lower cost, thanks to a cheaper way of printing drawings. We are thus privy to the work as most readers would have experienced it in the late 19th and early 20th centuries.

After understanding the physical history of the object in our hands, we flip through the pages to size up the character of this work. We note that the book is very different than most books we have read. First, it is organized around chapters that are called "lamps" rather than chapters. Second, full-page plates are interspersed in the text without captions, or any obvious suggestion of where they should fit in the text (there are no figure numbers). And third, the font seems to change in the middle of the text associated with subheadings that pop up on the side of the text called "aphorisms." What a curious book with an algorithmic structure of 7-14-33 that overlays what will be a linear reading sequence. Thus, the truth lies somewhere between seven lamps, 14 plates and 33 aphorisms. This structure offers alternative ways of reading the book. Should we read the aphorisms first? Three years before Ruskin's publication, Karl Marx experimented with aphoristic writing in Theses on Feuerbach (1845) and Friedrich Nietzsche perfected the form in Human, All Too Human (1878). There is obviously something at stake here beyond an organizational scheme. The fragmentary sequence of theses seemed to reflect some of modernity's expressive needs. 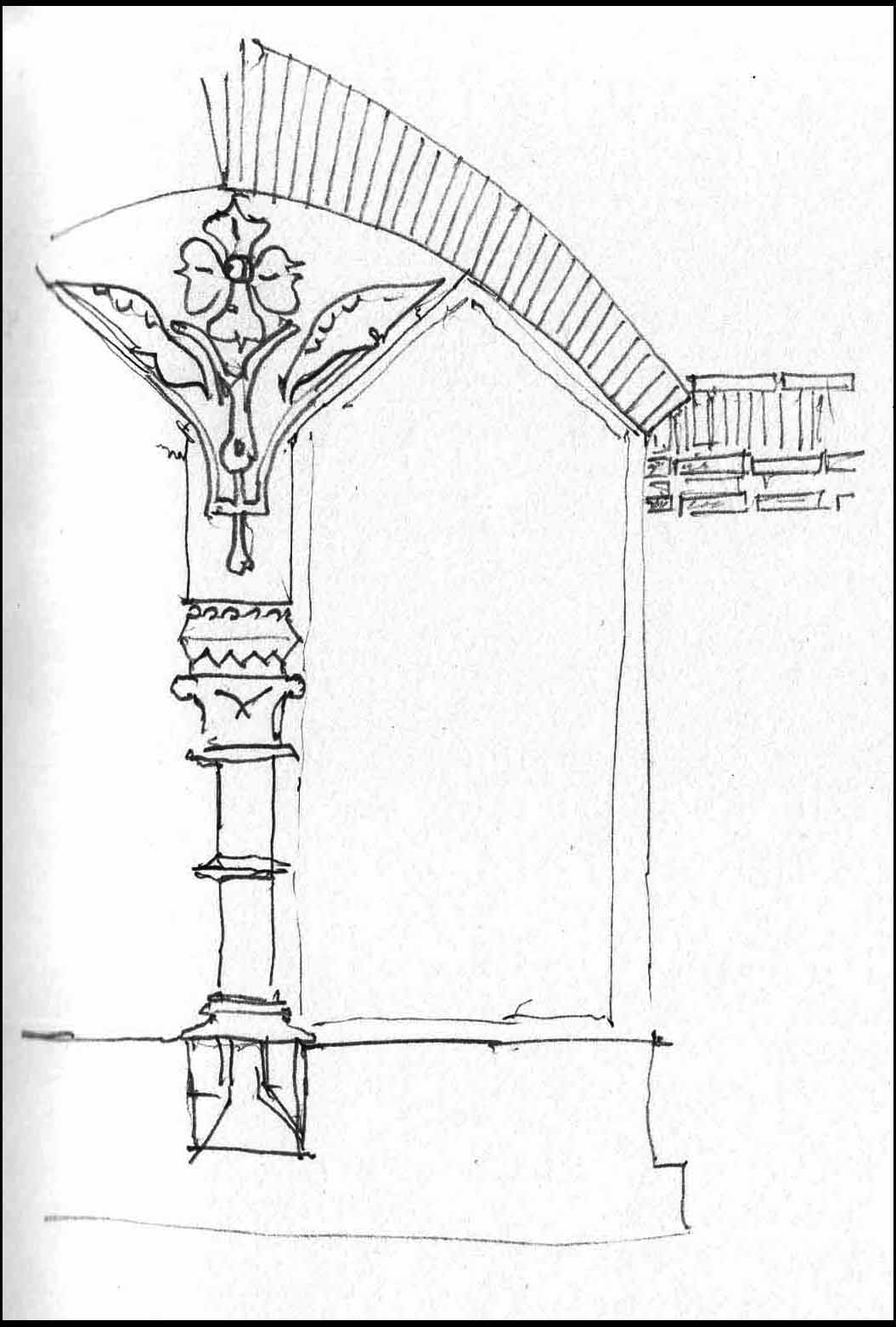 The time has come to figure the book out from the inside out rather than from the outside in. We start with the Introduction.
Posted by KOSTIS KOURELIS at 2:18 PM