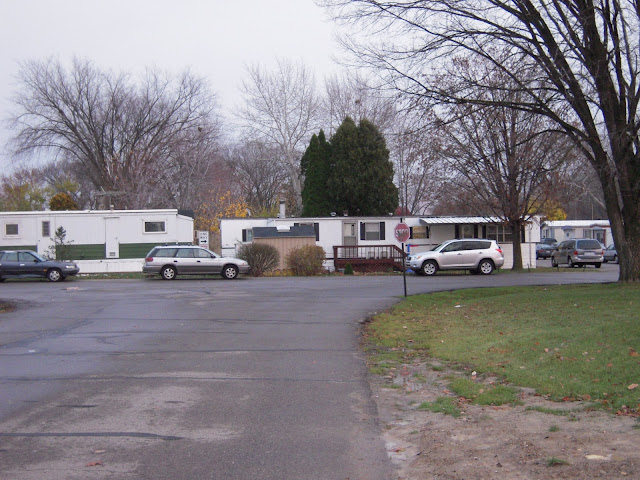 All this talk about the North Dakota man camps and readings on trailers, reminded me that back in 2008 I had a most generous invitation to give a lecture at Modern Greek Studies at the University of Michigan. Capitalizing on a paid trip, I made a pilgrimage to Ypsilanti, where Iggy Pop (the godfather of punk) was raised. Although Iggy's family trailer is clearly gone (his biography includes some photos of it). 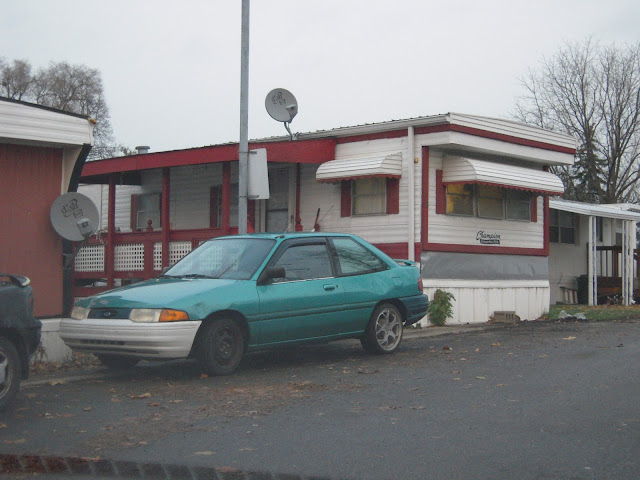 James Newell Osterberg (Iggy Pop) was born at the town of Ypsilanti in 1947. He grew up at the Coachville trailer park on Carpenter Road ( 42°14'20.06"N, 83°40'40.17"W). Believe it or not, Ypsilanti was named after Demetrios Ypsilantis, the brother of the more famous Alexandros Ypsilantis, both heroes of the Greek War of Independence.  Iggy Pop attended Pioneer High School in Ann Arbor (42°15'46.37"N, 83°45'14.30"W) where he met Ron Asheton, Scott Asheton and Dave Alexander, who formed the Stooges in 1967. The Coachville trailer park was a very desirable address in the 1950s, an ordinary middle-class community of professionals.

Ypsilanti was an industrial hub in the 1940s fueled by the war effort (best known for its Willow Run B-24 bomber factory). Trailer parks became a respectable solution to house the booming labor working in Ypsilanti's factories. And after the war, the bomber factories transitioned into the production of Kaiser-Frazer automobiles (later bought by Chrysler).

Posted by KOSTIS KOURELIS at 2:20 PM

I lived in the trailer that was Iggys. it was a very small one bedroom that we turned into a two bedroom. We had the most trees in our yard. We also just happened to have a free roaming iguana named iggy. That was a coincidence

Iggy was born in Muskegon, Michigan and later moved to Ypsilanti. He wasn't born in Ypsilanti.