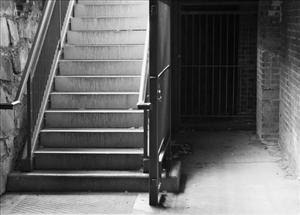 I haven’t had much time to do anymore research on “Fleshing Out the Byzantine House,” the paper that I presented at the Byzantine Studies Conference in October, but a news story from Los Angeles makes me ponder diachronic issues on domestic fetuses burials. Three months ago, a woman clearing out the basement of an apartment building (left) found a locked trunk that contained the mummified remains of a fetus and a full-term baby from the 1930s. The mother, who presumably buried her children in the trunk, was Janet Mann Barrie (1897-1994). Although not confirmed, Barrie may have been related to James M. Barrie, author of Peter Pan. The apartment building was located at MacArthur Park, a glamorous neighborhood during the 1930s. Forensics has not been able to determine the cause of death, but this is clearly a case of infant burial in a domestic context. The associated goods in the trunk, moreover, provide an interesting archaeological assemblage: 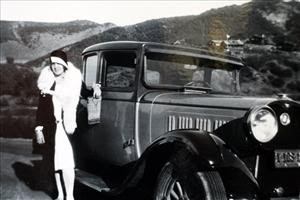 “In mid-August, two women cleaning the basement of an apartment building in a historic neighborhood bordering MacArthur Park found a dusty steamer trunk and broke its lock with a screwdriver. Inside were two doctor’s bags, each containing the delicate, flaking corpse of a baby wrapped in issues of The Los Angeles Times from 1933 and 1935 … The trunk held diamond and pearl necklaces and wedding photographs in other drawers. One picture shows Ms. Barrie in a dark coat with white fur trim beside a shiny automobile with the scrub-brush hills of Southern California behind her (left). Near the bodies were antique books, two tickets stubs from the 1932 Olympics and a certificate for the Peter Pan Woodland Club with ‘Jean Barrie’ written at the top.” Rebecca Cathcart, “Mysteries of Tiny Bodies from 1930s Will Linger,” The New York Times, Nov. 17, 2010, A19)
Posted by KOSTIS KOURELIS at 9:39 AM