Earlier this month, I joined the North Dakota Man Camp Project, a new collaborative initiative that archaeologically documents the housing complexities of the Bakken Oil Patch boom. The project was directed by William Caraher and Bret Weber who brought two complementary perspectives, archaeology and social work. It was an honor to also work with Richard Rothaus (esteemed Corinthian archaeologist and director of CRM firm in Minnesota), Aaron Barth (history graduate student at NDSU) and John Holmgren (my colleague in photography at Franklin and Marshall College). Collectively, we documented 16 man camps of varying type and interviewed 36 occupants. Although exploratory, the field season this August will produce some body of research that we hope to complete during the academic year. See press release here.

For now, wanted to share some images from my contribution as a vernacular architecture historian. I basically produced observational sketches of the urban and architectural character of the man camps. This was challenging and illuminating. Up till now, I had only documented immobile stone. Once married with the tabular data, the interviews, the kite photography and the ground photography, I hope that my drawings will assist the analysis of each man camp. The elevation above records  elements added to the trailer, such as the insulation or the plywood room extension. The plan below maps the ad hoc living space accretion outside the same RV. And the photo shows me doing those sketches (from the press release above) 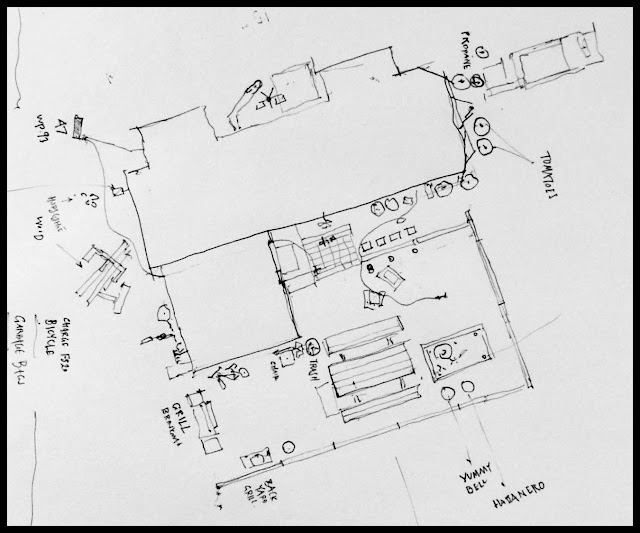 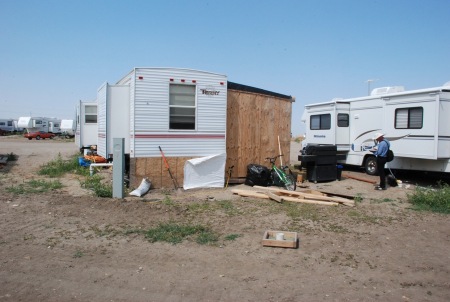 I am always fascinated at how much more information I get from the sketches than from the photographs.